Born in a village on the western side of Vienna, second child of seven, Alfred Adler became a man ahead of his time.

Adler developed rickets at a young age and then at four he developed pneumonia and heard the doctor say to his father “your boy is lost”. From then on Adler was determined to become a physician.

Alfred Adler was interested in psychology, sociology and philosophy. He became a physician, psychotherapist, and the founder of Adlerian psychology, which is also known as individual psychology. He is considered the first community based psychologist, because his work pioneered attention to community life, prevention, and population health. Individual Psychology emphasizes the human need and ability to create positive social change and impact.

Adler’s work stressed the importance of nurturing feelings of belonging and striving for superiority. He held equality, civil rights, mutual respect, and the advancement of democracy as core values. He was one of the first practitioners to provide family and group counseling and to use public education as a way to address community health. He was among the first to write about the social determinants of health and of mental health.

*Adapted from Wikipedia and the Adlerian University 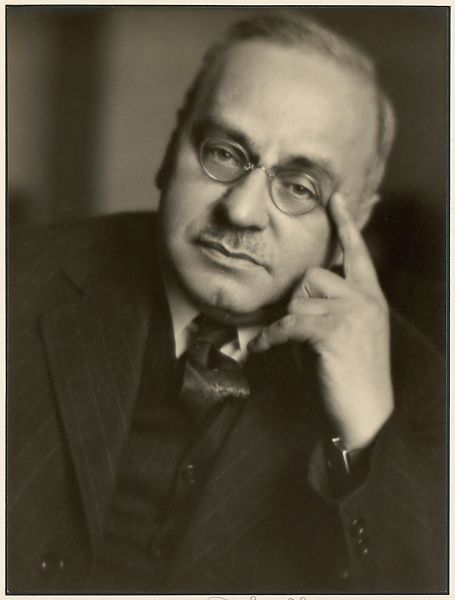 The contemporary Adlerian approach to counselling and psychotherapy is based on the pioneering work of Alfred Adler, the physician and psychologist acclaimed alongside Sigmund Freud and Carl Jung as one of the ‘Big Three’ founders of psychotherapy. A very popular public speaker in his time, his international lecture tours attracted a wide and varied audience, and many of the innumerable books that flowed from his talks and seminars are still in print today. 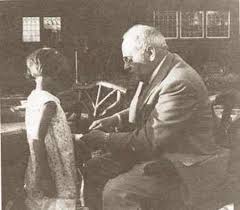 A Psychology for today

Individual Psychology (IP) is a depth psychology – it takes account of unconscious processes in human relationships – yet it offers a truly practical approach that is readily accessible to clients and therapists alike. Based on democratic principles, with individuals taking responsibility for their own actions, IP is much better suited to the 21st century than the old autocratic or ‘expert’ models of therapy.

For decades, many modern schools of humanistic psychology have adopted some of Adler’s ideas and techniques, often without acknowledgment of his influence. While Freud and Jung are rightly celebrated for their major contribution to the understanding of human nature, Adler’s life and work seem to be less widely known.

However, ASIIP members (who are mostly counsellors, therapists, family support workers and teachers or trainers) know that the principles of IP – with or without Adler’s name attached – are still highly relevant and profoundly useful. As we face the social problems of living co-operatively in a fast-changing and unjust world, the radically simple and direct challenge offered by Adlerian psychology seems as timely as ever.

At an awards ceremony at the Adler School of Professional Psychology in the United States, Adler’s biographer Edward Hoffman made the following address, later published as “Alfred Adler’s Life: Five Lessons for Everyone” by the Alfred Adler Institutes of San Francisco and North Western Washington (in The Book of Graduation Wisdom, Kensington Publishing, 2003).


“As Alfred Adler’s biographer, I have learned many valuable lessons in studying his life. The four years I spent on this project decisively showed me that Adler achieved his great influence on modern psychology, child guidance, and education by the force of his own personality – and that, to whatever extent possible, we can apply these lessons too. Today, as you receive your degrees to become professional counselors and clinicians, I’d like to highlight five specific elements vital to Adler’s success:

1. He was optimistic by nature. American journalists admiringly described him in the 1920s as “bubbling with enthusiasm” and “a dynamo of optimism.” Of course, Adler as a practising and perceptive medical psychologist saw the darker side of human nature, motivations, and goals. But he never let that awareness impede his effort to make the world a more hospitable place, both in families and schools, for growing children. He was able to integrate his view of the ‘dark side’ into a broader, more inclusive, and realistic optimism about human accomplishment.

2. He made his message clear and down-to-earth, avoiding scientific jargon, and instead using examples familiar to everyone in daily life. Adler knew that to overcome longstanding prejudices about child-rearing and education, he had to be exciting and even dramatic as a speaker. To help change authoritarian attitudes – in his day, most teachers and parents, for example, thought that hitting children was a perfectly acceptable form of discipline – Adler projected a warm and witty style. Gentle humor, he found, is a far more effective way to open people up to new ideas than heavy-handed sermonizing.

3. He was willing, even eager, to ‘talk psychology’ with persons from many different backgrounds, not only professionals in mental health, social science, or education. To look at Adler’s lecture schedule in his final years – when he was already in his mid-sixties – is to be truly impressed, for he often gave several different lectures in the same day to varied groups of parents, teachers, as well as the general public. Unlike his more aloof colleagues like Sigmund Freud and Carl Jung, Adler believed in ‘democratizing psychology’ – that is, sharing its scientific insights with virtually everyone who was willing to listen, be open, and change for the better. For only by taking psychology’s teachings to the masses of men and women could a more harmonious world be achieved, he believed.

4. He kept growing intellectually, refusing to rest on laurels and past accomplishments. To those who knew Adler well, he was a marvel of personal energy – but more importantly, that energy was spent on continually learning new matters about children, families, and community. Right up until his death, his succession of books provided exciting new insights, rather than a rehash of previously expressed ideas. Equally significant, although Adler was already acclaimed throughout Europe by middle-age, he taught himself to speak English effectively so that he could lecture throughout the United States and other English-speaking countries. He gave his first such lectures in his mid-fifties, making memorable mistakes in grammar, but soon enough, the mistakes disappeared and his fresh approach to understanding children enthralled new audiences from New York to California and many places inbetween.

5. Finally, Adler always kept the ‘big picture’ in mind – and that is what made him a true visionary. Over the course of his long career that saw many triumphs and achievements, but also witnessed the rise of European fascism and Nazism that destroyed much of his humanistic efforts in education, Adler always viewed his work in large historical terms. Late in life, he told his friends that whether he would even be personally remembered in psychology was not so important – what mattered far more was that his progressive approach to child development, parenting, and education become accepted. And in this respect, as you graduates today know well, Adler certainly achieved his goal.

As you enter the helping professions, his life can be a wonderful and inspiring beacon to us all.”

Edward Hoffman PhD, is the author of The Drive for Self: Alfred Adler and The Founding of Individual Psychology (Addison-Wesley, 1994) and Future Visions: The Unpublished Papers of Abraham Maslow (Sage, 1995).

1. Social embeddedness
• This contrasts with a hereditary or biological basis of behaviour. We are social beings who want to ‘belong’ and find our place in the group. All our problems are basically social problems to do with interacting with others. The group is the field in which we move even if we move away.
• Our ability to cooperate and to contribute is a measure of our mental health (Adler called it Gemeinschaftsgefühl – ‘community feeling’ or ‘social interest’).
• A well adjusted person behaves in line with the needs of a situation. A maladjusted person has faulty concepts, personal feelings of inferiority and mistaken goals. They are overly concerned with ‘What’s in it for me?’ or ‘What do others think of me?’

2. Self-determination and creativity
• This contrasts with mechanistic/deterministic theories. We are active participants who not only react, we act and can change interactions by what we do: we can shape aspects of our own destiny.
• We decide what we will do – we are not victims of ‘drives.’ Therefore, we can change – even if we are powerless to change a situation, we can change our response to it.

3. Teleology (goal-directedness)
• Contrasts with causal evaluation of behaviour. Our behaviour is purposive (although we are often unaware of the purpose).
• We are not pushed by causes, but pulled by goals and our own dynamic striving. Causes usually cannot be changed, but goals – once recognised – offer a choice.

4. Subjectivity
• Contrasts with an assumption of absolutes. We give meaning to life – reality is as we perceive it.
• We cannot be objective about ourselves and our interpretation of experience. There is no ‘absolute truth’ for us – reality or truth is how we feel and what it means to us.
• Heredity or environment are not as important as what meaning we give to them. This is a psychology of use, not possession.

5. Holism
• Contrasts with a reductionist view. A part is never understood by itself. A whole is more than the sum of its parts.
• We always look for patterns into which the details will fit (we can perceive the design of a mosaic without separating the pieces).

In keeping with Alfred Adler’s own passionately held egalitarian belief that Individual Psychology should be accessible to everyone, we welcome individuals from all backgrounds who are interested in the work of our Society. Like many national organisations today, we are aware that our membership does not fully reflect the great diversity of the UK population, but inclusivity is always our aim.